Is There Such a Thing as “Christian Archaeology”?

This past summer I had the pleasure and privilege of participating in the excavations conducted by the Associates for Biblical Research at ancient Shiloh in central Israel under the supervision of Dr. Scott Stripling. For two weeks I dug, scraped, brushed, hauled, dumped, sifted, and discarded dirt and rocks from thousands of years ago. This was a fantastic experience as I had studied archaeology for years in college and later taught it in an academic setting, but now was able to put that theory into practice in the field. It was incredible to see the physical world around me supporting and affirming my faith in Christ and His word.

Several years ago, I had a conversation with a Christian Egyptologist who told me that archaeological methods are the same whether you are a Christian or a non-Christian. While I have a great respect for this individual and his contributions to biblical and archaeological studies, I have often since then reflected on whether that statement was true. In one sense, the science of archaeology is somewhat rigid. Methods of excavation and dating are much more uniform from site to site than a hundred years ago. However, the interpretation of the archaeological data recovered is not nearly as precise a science. Furthermore, archaeological approaches can vary depending on presuppositions and worldview. In what follows I would like to explore the strengths of the distinctively Christian approach to archaeology that I saw demonstrated at Shiloh and argue for the superiority of this approach.

One of the strengths of the Shiloh dig is the commitment of the staff to the historicity and veracity of the biblical text. This is not the case on many excavations in the land of Israel. An increasingly large number of scholars view the Bible as a sort of ancient mythology of how Israel viewed their origins and development. The ABR group, in contrast, holds a very high view of Scripture, treating it as God’s inerrant word and attempting to correlate the physical remains uncovered in the dust with the record of the inspired ancient text. As we dug, we were repeatedly reminded of how the locus (layer/level) that we were excavating corresponded to the biblical timeline and events.

I have come to conclude that presupposing the accuracy of the biblical texts is not something of which Christians need be ashamed. Rather, it is something we should champion unapologetically. We do not need to live inside the house of secularism and modernism, which has as its starting point a naturalistic worldview devoid of God and anything supernatural, even though this may be the majority opinion in the world in which we live. Instead, Christians do right when they evaluate archaeological finds in light of the infallible word of God rather than the opposite. We do not need to set our preunderstandings of God and His word aside as we do archaeology. These preunderstandings provide Christian archaeologists with the right lenses and filters through which to view and understand ancient physical remains.

A Community of Faith

Another area which I came to see as a key strength of Christian archaeology was the Christian community built at the excavation. To be sure, there were some there that were non-Christians, but this was the exception rather than the norm. You might wonder why this would make a difference for archaeological work. I believe there are several reasons. First, working with others who are like-minded naturally provides a more helpful, encouraging working climate for a Christian instead of trying to coexist with others who hold to naturalistic (or even atheistic) worldviews. Rather than being at a place where biblical views are in the minority, discouraged, and sometimes even disparaged, working at a “Christian” excavation provided a safe and supportive environment conducive to spiritual growth. I was especially grateful for this, having brought several students and alumni of our college with me to the dig.

Second, there was an overarching feel of being involved in a work that linked the ancient accounts of the Scriptures with our contemporary times. Rather than being suppressed, this connection was used as motivation among the volunteers with encouraging phrases such as “you’re digging the Bible!” We were repeatedly told that we were “becoming a part of biblical history.” When we contemplate our current temporal location between the advents of our Savior it becomes clear that the God who once did amazing things for His people in the land of Israel is still at work to lead lost sheep to the Good Shepherd, and one day will act again in power and glory in the land. Archaeological work, from a Christian perspective, is not solely intellectual or academic. It is also devotional, and even spiritual in its content as it provides a tool that the Spirit of God can use to illuminate the sacred text and transform the lives of individuals.

Excellence for the Glory of God

Flowing out of the first two strengths of a Christian approach to archaeology is what I would call a commitment to excellence for God’s glory. This excellence is displayed in archaeological integrity and ingenuity. Some have critically commented that the approach of ABR as a Christian apologetic organization conducting an excavation in the Holy Land is suspect because of a desire to prove the Bible true. What I found during my time at Shiloh definitively dispelled these accusations. The Bible is true, whether people believe to be so or not. The truth of Scripture may be presupposed by the archaeologists at Shiloh, but rather than skewing the archaeological record to match biblical timelines, the team is careful to accurately present what is being unearthed so that the physical evidence speaks for itself. There is no distortion of physical evidence to match any political or religious agenda. Instead, they simply let the finds speak for themselves. Perhaps this is more than can be said of some secularists whose desire is to discredit the accuracy of the Bible. A Christian approach to archaeology presents ancient remains with the utmost integrity.

I can also attest to the ingenuity of the team at Shiloh. Although operating on a more modest budget than some sites, the ABR group lacks nothing for creativeness in technique and application of some significantly revolutionary methods. Use of technology for aerial and three-dimensional imaging of the overall site and individual squares allows for better mapping and more precise record keeping. One very recent addition to the excavation procedure has had immediate results to which I can personally attest. In the summer of 2018 the ABR team created a wet-sifting station to sift remains that passed through the dry sift. When our group arrived, one of our square volunteers excitedly recounted how he had found an Egyptian scarab in the wet-sift just the week before. They had also found several other significant small finds throughout the season, including glass, beads, bone, and charcoal.

On the second to last day I was working down at the wet-sifting station on several mesh bags of excavated soil that had come from the square next to ours. I had been trained to take a small piece of wood or a reed and slowly look through the rubble after spraying it with water. Suddenly, my heart skipped a beat as I looked down at something that stood out from the rocks. The bright white color and smooth, rounded shape set it apart from the rest of the pebbles. When I lifted it up and looked closer I could see small markings on the face. Sure enough, it was a small scarab no bigger than a kidney bean! This important artifact would have been lost to the dump pile if the extra layer of examination in the wet-sift had been omitted. At present there are only a handful of sites in the Holy Land that make use of a wet-sifting station. After my discovery this summer, I would argue this archaeological technique should be an essential element of any excavation. This serves as an important example of how the team at Shiloh has committed themselves to excellence in their approach for the glory of Christ.

When I first moved into my position as director of the archaeology minor at Emmaus Bible College, I wondered how the ABR excavation would measure up to standards I had been taught in terms of quality and professionalism. After two weeks on the job at Shiloh, these questions have been definitively answered. I cannot express strongly enough just how impressive the entire operation conducted by this Christian organization was. From archaeological methodology to staff and volunteer motivation to site management, and even to spiritual benefit, the whole experience was spectacular. I am convinced that there is a distinctive way to do archaeology Christianly, and that it is indeed superior to other forms of the discipline. 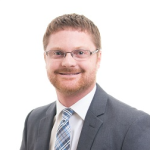 Professor of archaeology, Bible, and theology at Emmaus Bible College in Dubuque, Iowa. Alumni and Emmaus Ministries Director at Emmaus. ThM in Theology from Western Seminary (Portland, OR). Author of the book Eternal Submission: A Biblical and Theological Examination. Husband of Janelle and father of Asher and Lillian.
Blog: jjroutley@wordpress.com
Twitter: @JJ_Routley

Professor of archaeology, Bible, and theology at Emmaus Bible College in Dubuque, Iowa. Alumni and Emmaus Ministries Director at Emmaus. ThM in Theology from Western Seminary (Portland, OR). Author of the book Eternal Submission: A Biblical and Theological Examination. Husband of Janelle and father of Asher and Lillian. Blog: jjroutley@wordpress.com Twitter: @JJ_Routley